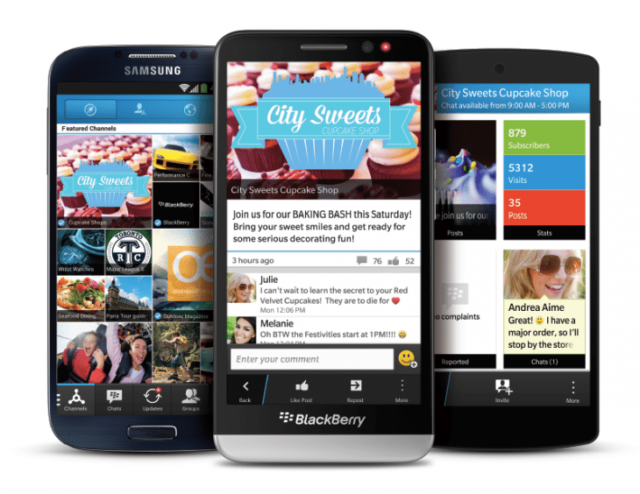 An update coming to BBM for Android and iOS users will introduce BBM voice and BBM Channels to both platforms, including other minor improvements. This was announced by BlackBerry in a press release today, stating that Android and iPhone customers will now be able to make free voice calls to BBM contacts over a Wi-Fi or data connection. Another feature that has been available to BlackBerry owners before now is the BBM Channels.

BBM Channels lets customers chat with other BBM users about topics that interest them. Customers can join channels about a range of topics from products, hobbies and sports to entertainment, fashion, cars and more. Channels can be created by brands, businesses and BBM customers alike and are a great way to communicate directly and immediately with people who share common interests in the broader BBM community.

In addition to this, today’s update also brings Dropbox support that helps with easier photo and file sharing, the ability to share your location, and more than 100 new emoticons. These new features are rolling out across BBM for Android, iOS and BlackBerry.