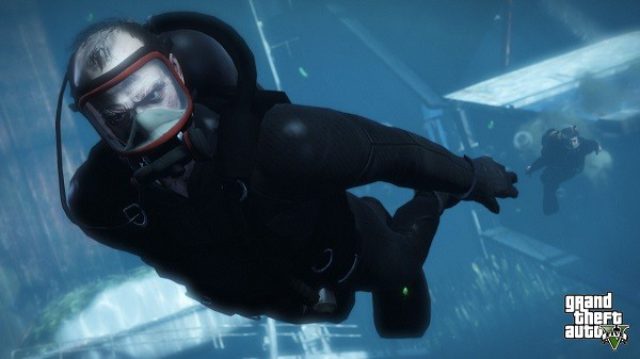 In case you missed it, Rockstar released fresh screenshots for Grand Theft Auto V in high-res featuring Michael, Franklin and Trevor in various states of play. You can see the characters doing a variety of things we should be expecting in the actual gameplay, such as scuba-diving, driving cars off turnpikes, and performing a drive-by. Grand Theft Auto V is set to release September 17 for Xbox 360 and PlayStation 3, see the screen shot gallery below.